Now while they were on their way, some of the guard came into the city and reported to the chief priests all that had happened.

And when they had assembled with the elders and consulted together, they gave a large sum of money to the soldiers, and said, “You are to say, ‘His disciples came by night and stole Him away while we were asleep.’

“And if this should come to the governor’s ears, we will win him over and 1keep you out of trouble.”

And they took the money and did as they had been instructed; and this story was widely spread among the Jews, and is to this day. –Matt. 28:11-15

Last weekend, on Easter Sunday in the Western tradition, I posted an article on Christ’s descent into and conquest of hades. Here is the link to the article and a link to all my primary sources: Holy Week – Resurrection Morning: A Harrowing Exit.

I showed from the Scriptures (including Jesus’ own words), from early Christianity, and even beyond that our Lord’s triumph over hades is central to the gospel message. Christ did not merely emerge alone from an empty tomb—he made his harrowing exit from “hell” itself and led a parade of prisoners to freedom.

This proclamation is not a side note or corollary to the gospel. 100s of millions of Christ-followers around the world proclaim it every week, at the very least when they cite the Apostles’ Creed. “He suffered, died, descended into hell, on the third day he rose again.”

That article resonated strongly with readers, in part because the gospel it expresses is jubilant—Love wins! Life wins! Jesus wins! That’s the gospel—the message that took off in the first century.

And it is the same message that the Sanhedrin did all they could to repress. The temple guard (actual Levites) conspired with the chief priests to cover up the resurrection. “To this day.“

Amid the positive responses to the gospel I described in my article was a remarkable subset of surprise. One commenter exclaimed, “WOW!! This is so beautiful! How is it possible that I’ve never—not once ever—heard this message before?!! I’ve been a Christian my entire life and this is entirely new to me!!”

The question has niggled at me all week. Here’s a conspiracy theory: our theological amnesia around Christ’s victory was no accident. It was a diversion and a cover-up. But by whom? And for what reason? Who stands to gain from the exclusion of Christ’s descent into hades and triumphal plundering of “the strong man’s goods”?

Think about it for a moment. The early church trumpeted this message of the resurrection: “Rejoice! Love wins, Life wins, Jesus wins! Death is defeated and hades is despoiled! Be not afraid! Christ is risen and has raised up humanity with himself! Be not afraid.” Why cover that up?

Why cover that up?

Why demote Christus Victor from gospel truth to an “atonement theory”? Why displace it with alternative gospels rooted in wrath, driven by fear and threatening hellfire? What is to be gained by those who preach a retributive message of redemptive violence and terrorizing ultimatums? Why preach “Repent or burn!” where “repent” means join our club or be very afraid?”

Well, when I say it out loud, it seems obvious. A fearless proclamation of Christ’s victory leaves you with very little leverage for control over others. If you can’t threaten them into conformity, all you have left is … an open invitation? Why can’t you hold people hostage with the gospel? Because Christ has already freed them!

Now free, Christ has invited them to his table. And while there are warnings about the poverty and poison of the world system’s many competing tables, Christ removes the threat of wrath lest even one of his disciples responds through coercion rather than love, or fear rather than faith.

I believe we experience our salvation through a free faith response of love to Jesus’ good news. Messages of hellfire-fear and blackmail would sabotage our willing “Yes” or reduce it to expedient submission to terrifying force. A “white flag” reaction, so to speak. That’s not very good news. So, for the retributive gospel of redemptive violence (under threat) to work, what do you need to do?

You can’t be preaching Christ’s conquest of hades, that’s for sure. You can’t talk about how he vanquished the netherworld and emptied it of its inhabitants and its power. You NEED all that darkness as leverage. You need a conspiracy of silence around the stunning triumph between the Cross and the Resurrection.

Conversely, how do you overcome that conspiracy of darkness or break the power of silence? I guess we just spread the good news as the disciples did from the beginning, and so I will:

“Christ is risen from the dead, trampling down death by death, and upon those in the tomb, bestowing life!” 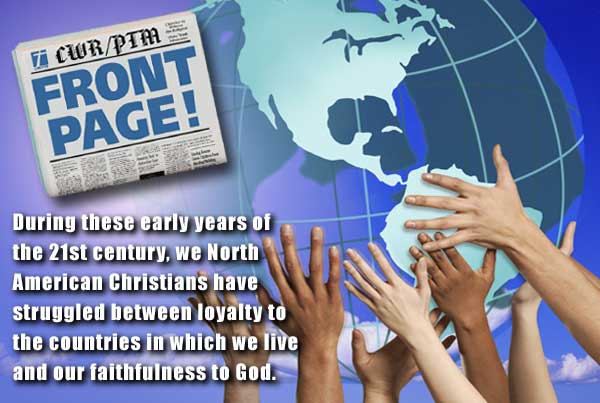