﻿Why Did Jesus Call a Woman a Dog? 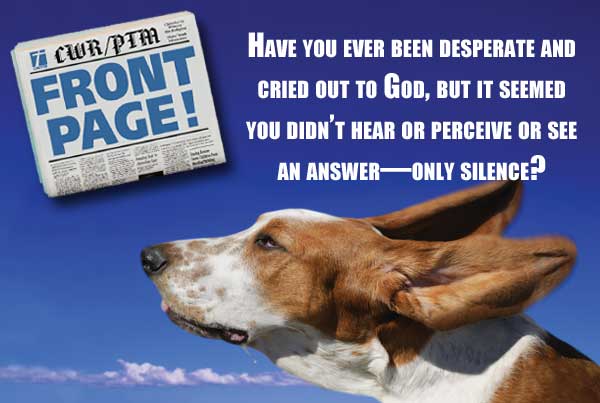 The Canaanites became mortal enemies of the Jews some 1,500 or so years before the time of Jesus when they resisted the new nation of Israel as it attempted to inhabit the Promised Land.

Matthew 15:21-28 relates the story of a Canaanite woman who was so desperate to seek healing for her daughter that she defied social and religious conventions as she publicly spoke to Jesus (a man she didn’t know) —beyond that, a Jewish man.

We know, from everything else we read in the Gospels, that Jesus, God in the flesh, loved this woman, but it didn’t seem that way to her when she first started talking to Jesus. She cries out, “Son of David, have mercy on me!”

Her request was for mercy. There are many terms which can summarize God’s love for us—mercy certainly is one. Because of God’s grace God gives us mercy for our misery. Those two words summarize the gospel—misery is the bad news, the predicament in which we find ourselves—and mercy is the good news, God’s love.

The woman simply asked for God’s mercy. But Jesus didn’t even answer her. Have you ever been desperate and cried out to God, but it seemed you didn’t hear or perceive or see an answer—only silence?

God doesn’t always react in the way we think he should. The fact that Jesus didn’t answer her doesn’t mean that he didn’t love her. We continue with the story.
Not only is Jesus silent, but his disciples came to him and asked him to send her away. They complained that her crying out was bothering them. Here is a desperate woman and the disciples want Jesus to tell her to leave them alone? But the Canaanite woman doesn’t give up—she kneels before Jesus, saying, “Lord, help me.”
Jesus, it seems to our 21st century politically correct, tolerant ears, gets downright rude. He replies, “It’s not right to take the children’s bread and toss it to the dogs.”

What’s up with this remark? Isn’t this the kind, loving, compassionate Jesus, who touched the untouchable, healed the lepers, the crippled and the blind, and ministered to the least, the lost and the last?

Is Jesus being rude—is he being a racial bigot? The Canaanite woman has already stepped out in faith—she is a desperate mother who won’t give up!

She says, “Yes Lord, but even the dogs eat the crumbs that fall from the master’s table.” She is coming off as the loving, compassionate, humble person—with Jesus being the stern, distanced, non-involved, perhaps even bigoted person. Here are two keys to this conversation—and beyond that the loving relationship Jesus offered to this woman.

1) The Canaanite woman knew that the Jews thought of the after- life as a feast with the Messiah. They called it the Messianic banquet. The Jews of that day thought of this future banquet as being a banquet primarily for their own people, but they knew that non-Jews (Gentiles) would be included as well. The Jews knew that the central, defining moment in their history was the Exodus, when God took them out of the slavery of Egypt. They knew that it was primarily the Hebrews who God rescued from Egypt, but they also knew that other people of other nations who wanted to leave were also granted the same deliverance they were given. This Canaanite woman knew that she was invited to the heavenly banquet.

2) She also knew, from the language Jesus used, that he wasn’t calling her a worthless dog. The Greek term translated “dog” is a term for a puppy or a household pet. There was another term for what we call a wild, undomesticated dog.
When Jesus described her as a dog he was talking about the pets who ate exactly what this woman asked for—the leftovers from the master’s table. Household dogs ate the same thing the master and his family ate—after they ate.

Jesus commends her faith and her persistence in waiting for an answer, and he heals her daughter.