Does God Forgive and Forget? 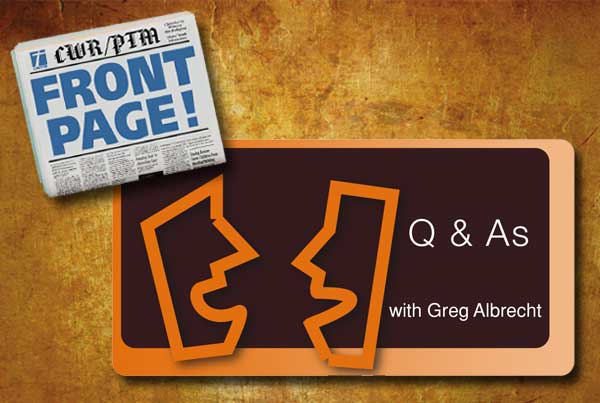 Q: While attending a Bible study one night in a church I used to attend the pastor stated, “when we ask forgiveness of God, he does forgive us but he never really does forget.” He was “clarifying” Hebrews 10:17. The pastor said, “After all, he is God, he knows everything, it would be impossible for him to forget.” I find myself angry at this minister even today and I haven’t seen him in years. I believe God does forget—however in the back of my mind this minister’s comments still haunt me. Please, tell me, does God forget or not?

A: I think I know what the minister may have meant. Part of what he may have been trying to say might be true, but as you remember what he said, his statement is not the gospel—it is not good news. The unexplained implication of what he did say is not only problematic, it leads us away from a relationship with God rather than closer to the love and intimacy he offers us.

On one hand, God is not limited to what humans dogmatically believe about him. Nothing is impossible for God (see Luke 1:37). He has all power. He can do anything he wants. That’s an academic, theological consideration. However, the other side is what he reveals to us in Scripture—in terms of what he chooses to do, out of his love and grace. God does not need to forgive us. He is not obligated. We don’t earn his grace. He loves us anyway, not because of our performance. He loves us out of his goodness.

God could forgive us, but never forget. He could forgive us conditionally, but then, if and when we really screw up again, he could retrieve the data record (to use a word picture, for he certainly doesn’t need a computer) and “throw the book at us.” But he burns the book. It doesn’t even exist—the record is expunged. He chooses not to replay the video of our past.

The word “forget” may not be the best or most accurate word to describe how God views our past. If God chose literally to “forget” something, so that he was unaware of it, then he would be violating his omniscience, which is part of his essence or nature—God must know everything because he is God.

Instead of saying that God forgets our sins, it may be more accurate to say that he chooses not to recall them. We can conclude this based on the definition of the Greek word for “remember” in Hebrews 8:12 and 10:17—mnaomai—which means to “bring to mind.” Mnaomai does not have quite the same meaning as the English “remember.”

The same word is used in Matthew 26:75, when Peter “remembers” Jesus’ statement about the cock crowing. Obviously, Peter was aware of Jesus’ statement, but he brought it to mind when the rooster crowed. Hebrews 8:12 and 10:17 are saying that God chooses not to call our sins to mind—not that he has become unaware of them. It would seem that divine “forgetting” can’t be like human forgetting, in the same way as divine “anger” can’t be like human anger. The same word is also used in 1 Corinthians 11:2, where it means “to bring to mind.” Accordingly, the minister in question may not have been entirely wrong in his statement, depending on whether he was implying something about conditionality of God’s forgiveness.

The point is, even though God knows everything there is to know about us—he forgives us completely and unconditionally.